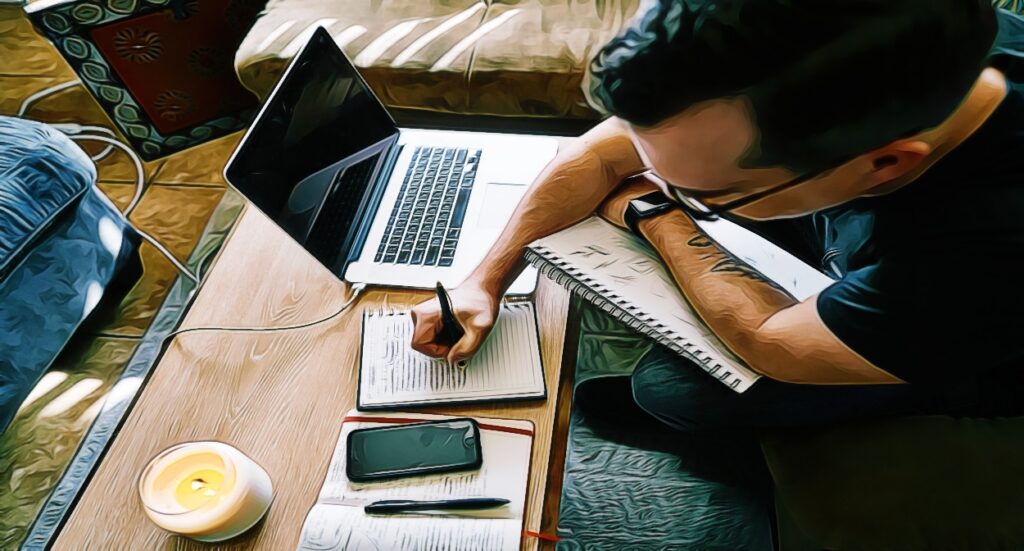 Paul McCartney says his song “Yesterday” came to him in a dream.

Shazam! The song popped into his head while he was sleeping. He wrote it down when he woke.

I’ve never had a song, email, or anything else I create appear to me in a dream.

Bad luck for me, I guess. But that doesn’t mean I’m not creative.

Often, I create just by getting to work – starting the journey with no clear destination.

For example, I often begin to write a story for one of my emails or social posts…

…without the end in mind.

Or I’ll begin to write a story in my journal – not even sure if it will become “content” I share with you.

I know the story’s key details – the plot, if you will.

But I don’t always know the payoff, the moral, the lesson.

So I just start creating and see where it leads me.

Occasionally it leads in directions that won’t be relevant for my audience.

So I might set the story aside. I keep it. But I don’t send it to my list.

I discover the meaning as I go.

I reach a meaningful destination.

If you’ve been on my list for awhile, you’ve received lots of emails I created that way.

Earlier this week, I heard Dr. Cathryn Lloyd on episode 486 of the InnovaBiz podcast with Jurgen Strauss.

She paraphrased Pablo Picasso as saying, “When inspiration arrives I want it to find me working!”

Lloyd continues: “If we’re LUCKY, an idea might pop into our mind. But often, it’s things actually come to us or to fruition – or we had those moments of “Aha!” – because we’ve been doing some work…We’ve been sitting with it. We’ve been mulling it over. We’ve been tinkering at the edges with it.”

The content you create usually won’t come to you in a dream. You won’t conjure content while sitting around and twiddling your thumbs.

Ideas come to us while we’re working.

That’s why I write in my journal every day. That’s why I noodle, doodle and jot (see my previous post about that). That’s why I occasionally begin to tell the story without knowing how it will end…

…so inspiration finds me working.

The key is to recognize the inspiration when it strikes.

To connect the dots  between what you’re creating and ideas you wish to share with your audience.

To turn some story you’re jotting down in your journal and turn it into captivating, client-attracting content?

I’ve figured out how to do that, and I’ve honed a Content Creation Process that I’ll teach next week in a free, one-hour workshop. It’s called:

How to Generate Countless Content Ideas without Getting Stuck.