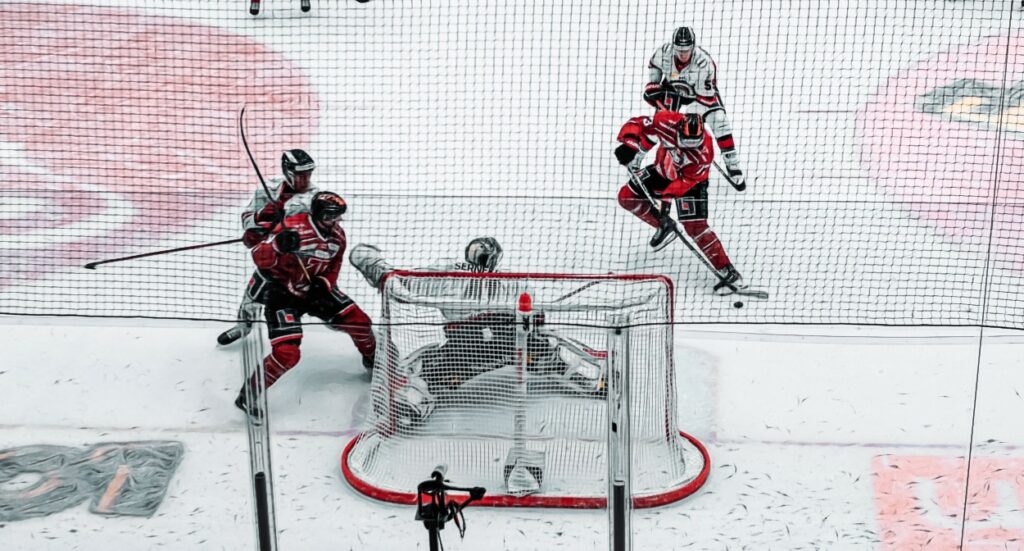 I’m about to tell you a story about a hockey game.

Not a hockey fan? No worries. Stick with me. The story is not really about sports. It’s about marketing and mindset.

Last night, I went with my son, Jake, to a hockey game.

Here in St. Louis, we love the St. Louis Blues.

The Vegas Golden Knights were in town.

Vegas scored 26 seconds into the game and again a few minutes later. Just like that, the Blues were down 2-0.

The crowd was stunned. Heads were hanging and shaking. A guy in the next row over was barking and booing.

The Blues have slumped lately — just one win in their last five games. And now they were behind — again — against a great team.

On a different night, the Blues might have packed it in and accepted the “inevitable.” This would not be their night. Another defeat.

But something happened on the way to an extended losing streak. The Blues bounced back. They adjusted their game. They rose from the dead.

The Blues now led 3-2, and they never looked back.

They scored one in the second and another in the third. Final score 5-2.

Resilience. Perseverance. A can-do attitude. Choosing NOT to quit.

That’s what this email is about.

Hours earlier, I heard the great Kim Krause Schwalm discuss the importance of resilience in the copywriting game.

Kim is one of the top A-list copywriters on the planet (check out her bio here).

In 2017, she hosted a copywriting bootcamp in LA. I have a recording (more on that in a moment) and watched it yesterday before the game.

That’s also true if you are a business leader trying to pound out some captivating emails, sales presentations, videos, blogs, or social media posts.

Everyone struggles. Everyone fails. And when you struggle or fail, you have a choice. You can wallow in misery, hang your head, and quit. Or…

..You can summon resilience.

And then she shared many of the copywriting secrets — lessons learned through a little failure and a lot of success.

And here’s the cool thing…

It’s available now as part of a Black Friday Bundle featuring products from 16 of the best marketers on the planet.

Again, you don’t have to be a professional copywriter to benefit from this bundle. This will help you with all things marketing — including how to create compelling, client-attracting content.

Plus, Kim is throwing in some incredible bonuses for those who buy the bundle from her affiliate link. Bonus details here.

I have no skin in this game. No affiliate commissions for me. No side deals with any of the featured experts.

I’m sharing it because I think it’s great stuff. And it’s a great deal.