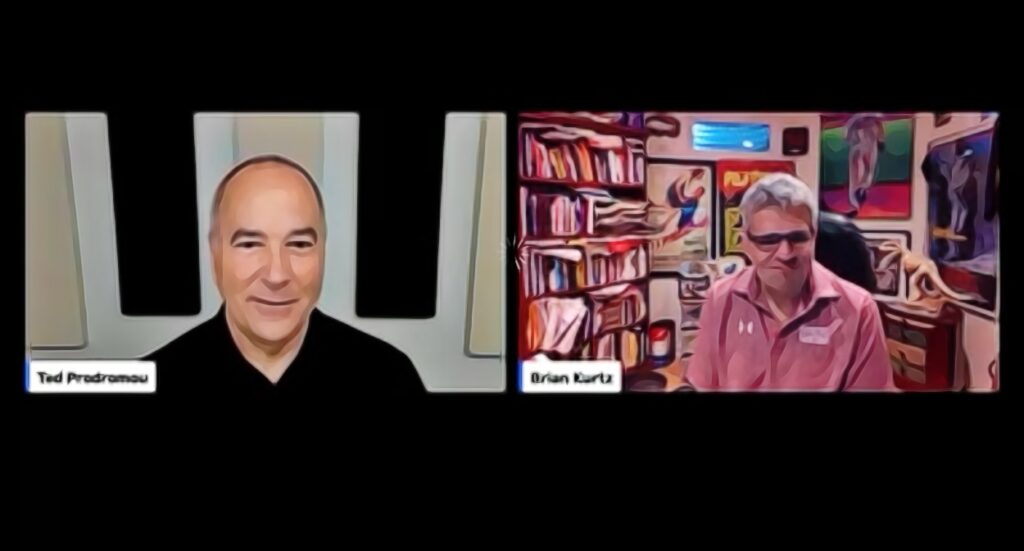 Their discussion is a goldmine of marketing wisdom.

If you know who these guys are, then I don’t need to say anything else…

Just tune in to the reply of Prodromou’s LinkedIn Live interview with Kurtz.

If you don’t know who these guys are, tune in anyway.

When it comes to marketing your business, these guys are top-shelf, and their conversation is a mini master course in how to do it right.

Pay special attention to the part where Kurtz says, “I started out my career assuming that I had no original ideas…”

And then he discusses why that’s a good thing. We rarely invent anything (including ideas).

Our success in business comes from how we package and deliver the ideas.

Kurtz tells a great story to demonstrate the point.

Did you know that Mark Twain sold advance subscriptions for his books?

I didn’t know that until I read this article: Mark Twain’s 10-Sentence Course on Branding and Marketing.

Whether you like Twain, dislike him or stand indifferent, you can learn a ton from this article.

A shout-out to my 24-year-old twins for this one. They drove together yesterday from Colorado to their old home in St. Louis. Along the way they listened to an episode of the Radiolab podcast that they recommended to me.

John Scott was the professional hockey player that every fan loved to hate.  A tough guy. A brawler. A goon. But when an impish pundit named Puck Daddy called on fans to vote for Scott to play alongside the world’s greatest players in the NHL All-Star Game, Scott found himself facing off against fans, commentators, and the powers that be.  Was this the realization of Scott’s childhood dreams? Or a nightmarish prank gone too far? Today on Radiolab, a goof on a goon turns into a parable of the agony and the ecstasy of the internet, and democracy in the age of Boaty McBoatface.

“So as a marketer, the creator of new products, new services, new experiences, then you have to realize that it’s your job to always be figuring out why are (prospects) there, and what are they willing to write a check for? And why would they stay with you?… I mean, they’re never there for you…The moment you realize that they’re not here for (you), they’re only there for themselves…your job is to figure out why they’re there for themselves.”

From his interview on the I Love Marketing podcast