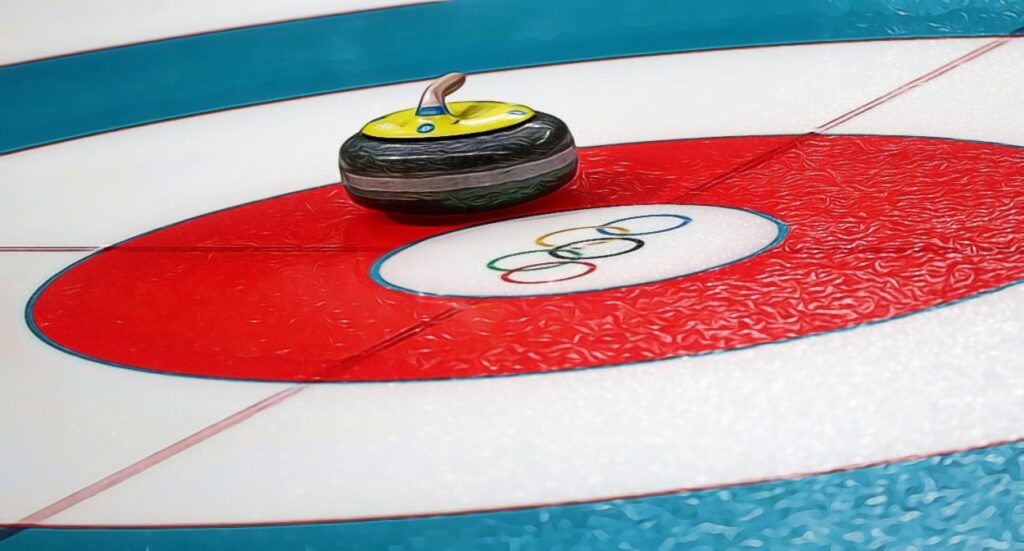 Big laughs for the rest of us.

And a great marketing lesson for good measure…

There’s a company in the Netherlands that makes “toys.”

The kind of toys not suitable for children…

Anyhow, this toy company paid someone to put their logos on the ice at a rink near Amsterdam.

That rink is hosting an Olympic qualifying tournament for curling.

You know…that “sport” where players slide a giant granite puck (called a stone) toward a target on a sheet of ice. Teammates brush the ice with a broom to affect where the stone slides. Sometimes one team’s stone hits the other team’s stone, knocking it off the target. That’s curling excitement.

Watching curling is on my list of Top-5 sleep inducers.

Not as effective as counting sheep or munching NyQuil.

I’ve heard some Americans like to watch curling, though.

And those people were S.O.L. on Sunday when they tried to watch the broadcast on the World Curling Federation website.

Someone in the USA pulled the plug on the live-stream because those logos were not suitable for curling fans.

We’re not talking about the actual toys, mind you.

No broadcast advertisements. No product demonstrations. No interrupting the action with “now a word from our saucy sponsor.”

Just logos on the ice that turned G-rated, sleep-inducing, shuffleboard on ice into a scandalous display of Northern European depravity.

The local event organizers were surprised about the fuss. They notified the Curling Federation a week in advance about the sponsors. No one raised a fuss than.

Now that the scandal has broken, we have no comment from the Federation. No comment from NBC, the network that broadcasts Olympic events in the USA. USA Curling tweeted that video of the opening round was not available due to “an unforeseen sponsorship conflict with the local organizing committee.”

From where I’m sitting, the local organizing committee had ZERO conflict with the sponsor.

The organizers seemed happy enough to do business with the company that bills itself “the market leader in the Netherlands and Belgium.”

But someone had other plans.

When the competition continues, those logos may be gone or — at least — hidden from the TV cameras.

And the market leader in the Netherlands and Belgium may get hosed.

Which brings me to the marketing lesson.

If you think you have total control over your marketing media, think again. Outside forces can screw you.

For example, outside forces might already have the name of that toy company on their “not suitable for email” lists. That’s why I haven’t named the company. I want this email to land in your inbox.

If I offend the outside forces too much, they might block my messages or cancel my account.

I haven’t invested in that toy company so I have no skin in this game. But I hope, for their sake, that they’ve diversified their marketing spend. I hope they have a “Plan B.”

Same goes for you. Don’t put your eggs in one basket. Don’t rely on one marketing channel. Have a “Plan B” and “Plan C” and “Plan D” so the outside forces can’t shut you down.