Bill Murray Hates This and So Do Your Prospects… 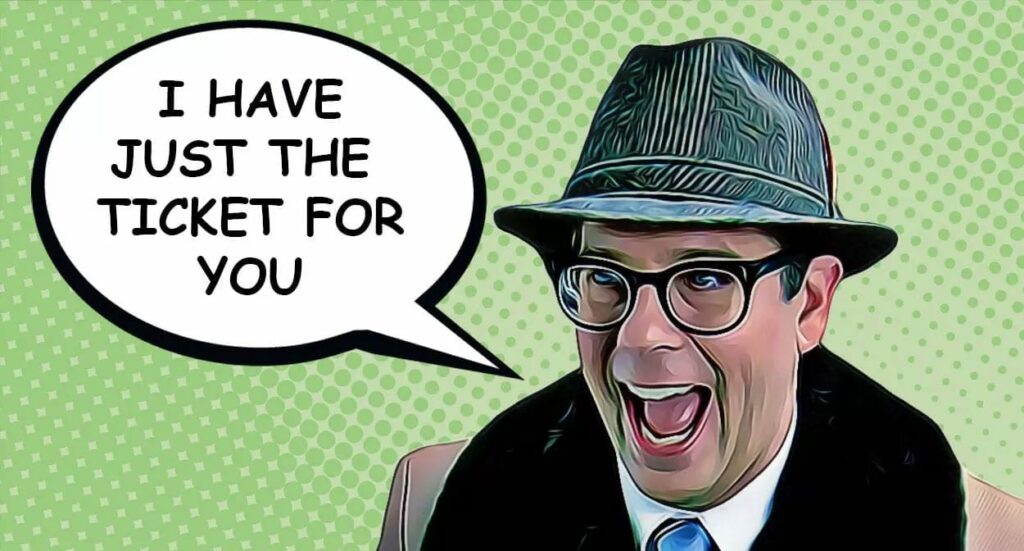 I love the scenes with Ned Ryerson.

Groundhog Day after Groundhog Day (see the movie if you don’t know what I mean), Ned accosts Phil on the street and pitches insurance.

“Have you ever heard of single-premium life? Because I think that really could be the ticket for you,” says Ned.

After repeating this scene for many days in a row, Phil adjusts.

And when Ned comes a-callin’, Phil levels him with with a right hook before the pitch begins.

I remember seeing this in the theater. The crowd cheered!

Yep. Sometimes we all just want to rear back and slug a Ned.

Ned means well. But he misses the mark because…

He ASSUMES he has “just the ticket” for someone…

…even though he knows nothing about the prospect.

All of us know some Neds.

We meet them at networking events. They cold-call us. They lob unsolicited pitches. They tell us they have “the ticket” for us. They poke and prod until we’re ready to throw punches.

Don’t get me wrong. I’m all about Peace, Love and Understanding.

I don’t want you to go slugging the next pitchy pitch man who accosts you.

In fact, stop worrying about the Neds who surround you and…

Deep down, we all have an inner-Ned.

Remember that time you pitched products or services to someone without knowing whether they had a need or desire for what you were selling?

That happened because your inner-Ned escaped.

Listen and learn before they pitch.

They get to know their prospects before they say, “I have just the ticket.”

They move on if the prospect isn’t a good fit.

If you chase someone who doesn’t want or need what you’re pitching, you’re not selling; YOU’RE ANNOYING.

Keep your inner-Ned in his cage.

Gather intelligence about your prospects.

Focus on those who need what you’re selling.

Pass on those who don’t.