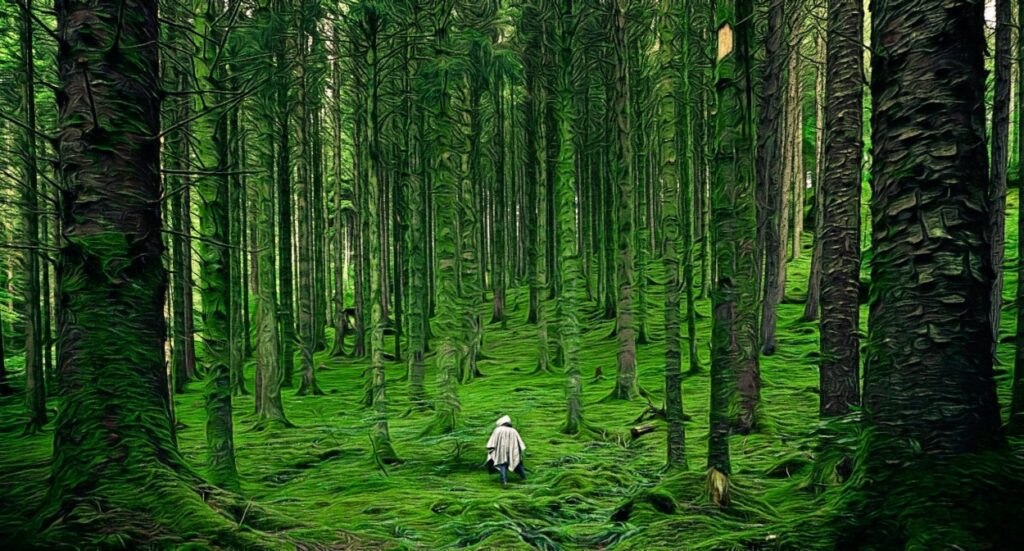 My favorite Alfred Hitchcock movie is The Trouble With Harry.

It’s not a thriller or murder mystery…

…although there is a dead body.

The dead guy is Harry. He’s lying flat on his back in the woods in Vermont, with a bullet hole in his head, dead as a bug on a windshield.

The movie is a dark comedy.

You see, most of the LIVING characters think they caused Harry’s death. And they go to hilarious lengths to keep from getting “caught.”

Old Dr. Greenbow is one of the few characters who DOESN’T think he killed Harry.

Doc wanders all over town and through the countryside with his nose in a book. He stumbles over Harry’s corpse in the woods. But he’s so engrossed in his reading, he barely notices.

After he trips over Harry, he dusts himself off, says, “Oh, I beg your pardon…” (as if the stiff in the suit, with the blood dripping down his forehead, was merely napping), and he wanders on, nose back in book.

Copywriting expert Laura Belgray got me thinking about that scene when she wrote this about great emails:

“(They) prove dangerously entertaining. So much so that people read them while walking, bump into a pole, and possibly sustain a head injury. But even with temporary brain damage, they’ll remember one thing: YOU.”

So here’s the the question for little ol’ you…

What kind of emails do you want to write?

The kinds that are dangerously boring? That make people nod off and slam their forehead against the keyboard.

Or emails that are so captivating that readers will stumble over a corpse while ENJOYING YOUR CAPTIVATING content — and not even notice the crime scene.

And if your readers are walking around town with keyboard shaped scars on their forehead, what are YOU going to do about it?

Isn’t it about time you opted for captivating?

You can do this. I’ll show you how.

I have a waiting list for my consulting services. I’m spending most of my time helping members of my Story Power VIP program (see below). But…

I’m currently offering a limited number of one-on-one sessions to:

In this 60 minute session, I will review any piece of content you’ve created and transform it from boring to captivating, off-putting to inspiring, “blah” to “ah-ha.”

For most everyone, I charge $200 for this session, but for YOU, dear email subscriber, I offer a coupon code to save 50%…

That means you invest $100 to create some dangerously entertaining, client-attracting content.

It’s been a LONG time since I charged so little for an hour of my time. And there are only FIVE slots available.

I’m offering the sessions via Pick My Brain — the world’s first knowledge marketplace. (I told you about that in this week’s Monday Mash-Up).