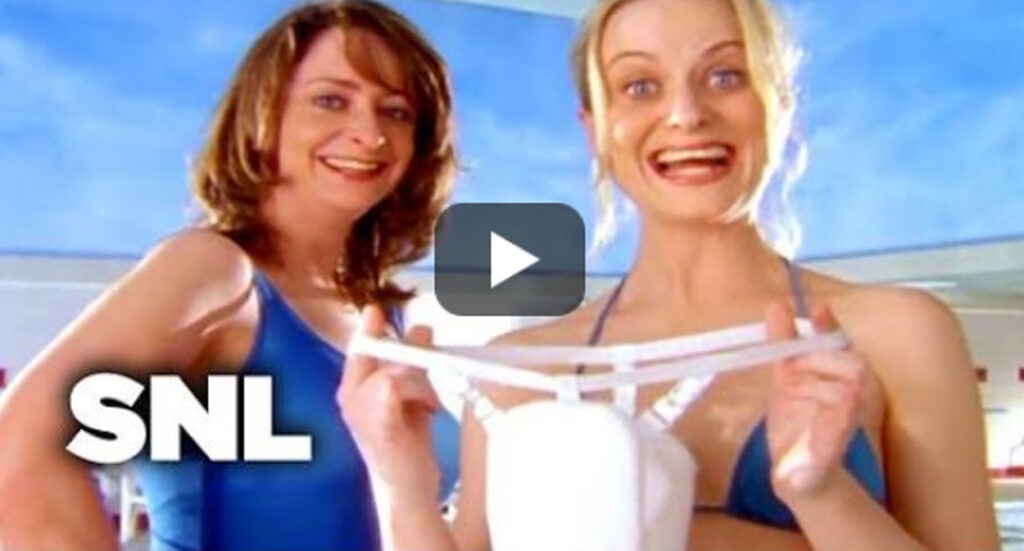 One of Saturday Night Live’s most popular advertising parodies almost didn’t make it on the air.

The fake ad was for “Kotex Classic” — feminine pads described as “the original” and “your mother’s pad.”

Some historical context…for the men in the audience or those women too young to remember:

Sanitary pads were much bulkier back in the day. They were held in place with an elastic belt.

In a real magazine ad decades ago, Kotex pitched it’s “New Freedom” pad by touting “No belt. No bulge. No blushes.”

In the ad, a man (played by a young Tracy Morgan) checks out the women and says with admiration, “Them girls is old school.”

The ad ends with a narrator saying, “Kotex Classic: The next big thing.”

You can watch it here.

…if you get the joke.

But the males who dominated the SNL writers table didn’t get it.

So they passed on the parody…

She explained all that stuff I just told you about big, bulky, belted pads. Then the boys got it. And the parody made it on the air.

Tiny Fey tells that story today to demonstrate the need for diversity at the writers’ table.

The boys weren’t maliciously sexist when they rejected a female writer’s pitch, she said. They just didn’t have the perspective and experience to understand why this parody would resonate.

Reminds me of some marketers I know.

Like the marketer who says, “I don’t like getting commercial emails so I’m not going to use email for my business.”

Or the one who says, “Tele-prospecting annoys me so I’m not going to use that tactic.”

But that’s not the important thing.

The important thing is this: Will your audience go for it? Will your message (and the channel through which you deliver it) resonate?

To answer, you may need to broaden your perspective. Put yourself in your audience’s shoes. Seek others’ opinions.

Sometimes the funniest jokes and the best marketing ideas fall flat for you — until your perspective broadens.