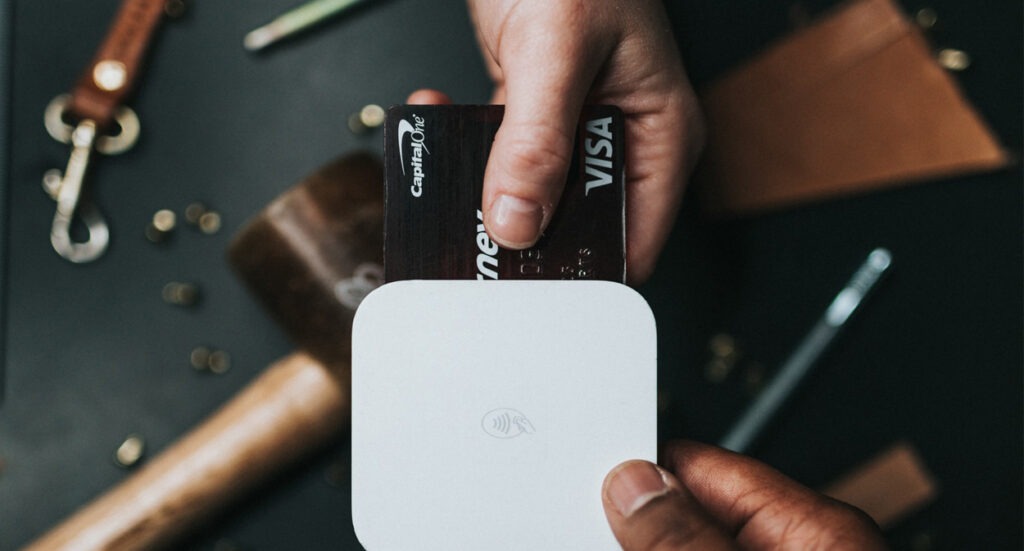 I keep seeing this television ad promoting “Tap to Pay With Visa.”

It touts a feature known as “contactless cards.”

You complete a transaction without sliding or inserting your card. Just tap the card on (or wave it over) a reader. No confirmation necessary. No signature required. Tap and you’re done. Card charged. Purchase completed.

The ad starts with Saquon showing Eli how easy it is to complete a purchase with Tap to Pay.

Then the scene switches to the grocery store. Eli is holding a bag of groceries. The cashier says, “$18.35”

Eli turns to Saquon and says, “Hey, how do you do that card thingee again? Is it like a wrist move?”

Saquon lays his card on the reader and says, “You just tap and pay.”

Eli taps Saquon on the shoulder, says, “Thanks, bro,” and strolls away from the checkout counter.

I think that ad sucks. Here’s why…

I was watching the ad recently with a friend.

His response was not “Ha ha! That’s funny.”

His response was not, “Oooh ah! That’s cool.”

His response was, “That’s scary.”

Hmmmmm. I don’t think Visa was going for “scary.”

Marketers need to consider prospects’ objections when they pitch products.

A widespread objection about contactless cards: They’re a security risk. Many fear that hackers and identity thieves can steal your card info when you walk by.

That concern is so prevalent that businesses sell “secure sleeves” to protect those cards from thieves. Samsonite sells a three-pack at Office Depot for $4.99. Do you think Samsonite would be in this business if the concern was not widespread?

I know Eli manning is not a thief who hacks the rookie’s card.

But the story still stokes fears: Unsuspecting guy accrues charges on his card before he knows what hit him. This wouldn’t have happened if he had to confirm the charge or sign.

Visa was going for “contactless cards = cool and convenient!”

My point is not to rip contactless cards. I actually like the technology and think the security concerns are overblown.

My point is to deliver a marketing lesson. When you’re building a sales story, when you’re pitching a product, consider those objections. The objections may be out of line. That doesn’t mean you disregard them.

You may choose to answer the objections (lots of ways to do this; more on that in another email).

But whatever you do, don’t craft a sales story that fuels and objections and stokes fears.