How My Hungry Dog Can Help Your Business Grow 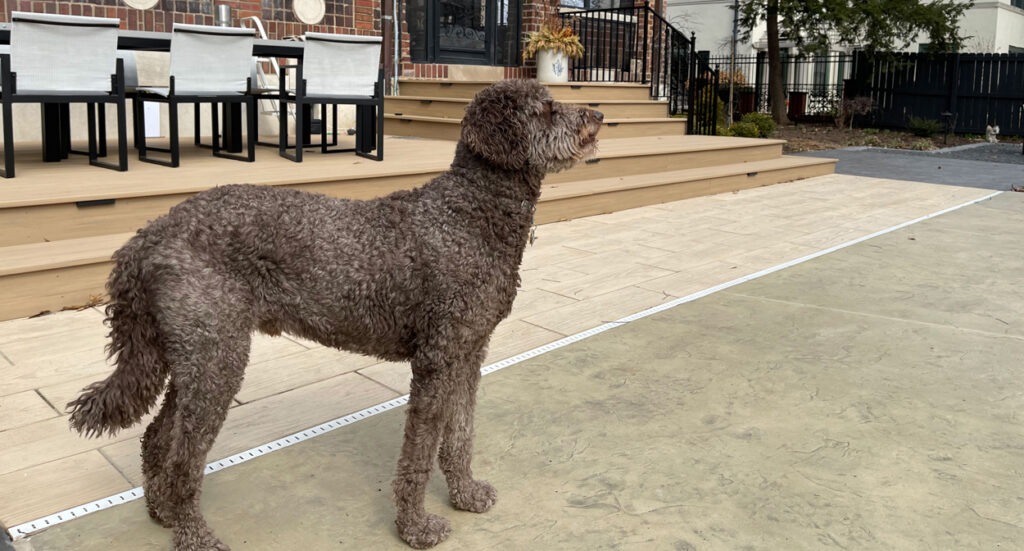 My dog, Moose, likes to spend most of his time standing still as a statue, staring at the treetops. That’s where the squirrels are. In the treetops.

I’ve never seen Moose catch a squirrel. Not once.

…If not for my wife, Melissa, and me…

Every time Moose finishes his squirrel hunt, he returns to the kitchen where a heaping helping of kibble awaits. Maybe not as tasty as a squirrel. But so much easier to get.

That’s baby Moose and Melissa below.

You see, Moose is the descendant of ancient wolves who gradually figured out that it’s much easier to become man’s best friend than to hunt for critters in the wild.

I read this great article in Smithsonian Magazine recently about how those wolves gradually formed bonds with humans.

Here’s the big idea from the article:

“…over thousands of years, evolution selected and sharpened in dogs the traits most likely to succeed in harmony with humans. Wild canids that were affable, nonaggressive, less threatening were able to draw nearer to human communities. They thrived on scraps, on what we threw away. Those dogs were ever so slightly more successful at survival and reproduction. They had access to better, more reliable food and shelter. They survived better with us than without us. We helped each other hunt and move from place to place in search of resources. Kept each other warm. Eventually it becomes a reciprocity not only of efficiency, but of cooperation, even affection.”

So many businesses market the way Moose hunts.

They hang out online, standing still as a statue. They build a website. They post on social media. They tell the world, “Look at me and my great products and services.” And then they wait…

…for manna from heaven.

Other businesses have evolved to a higher level.

They forge meaningful connections with prospects.

To do this, they learn what makes prospects tick.

They offer to pitch-in, rather than just pitch.

They act, rather than wait and hope.

And when they do that, they get a heaping helping of new sales…

…and their business thrives with far less effort.

Your Business Can Evolve and Thrive, Too…

…so you can get a heaping helping of new business…

Sign up for the free training: How to Harness The Magnetic Power of Storytelling to Captivate Prospects and Inspire Them to Act.