This Made Me Laugh… 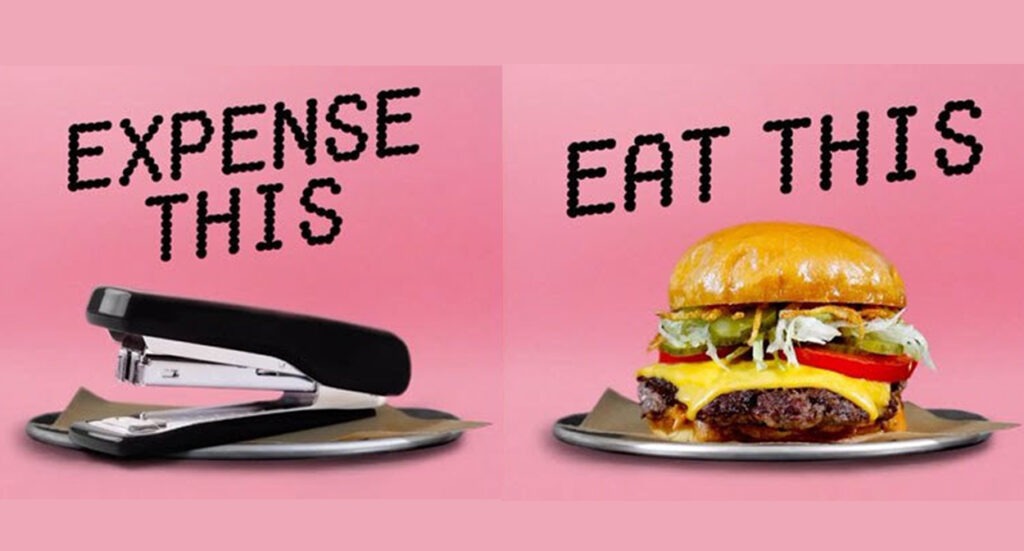 Last month, a burger joint in Toronto added a new section to its Ubereats and Doordash delivery menus…

…with items named after office supplies.

You can order a “Basic Steel Stapler” (actually a Fortune Burger).

Throw in a side of “Braided HDMI Cable” (Classic Fries).

Want parmesan on those fries? Then order the “USB Wired Mouse.”

Check out the Doordash menu. It’s still there now.

On social media, Good Fortune Burger created video posts that “encouraged” customers to write-off their burger and fries as a business expense.

The hashtag for the social campaign (and the name of the new menu section): #RECEATS

But some people didn’t get the joke.

I guess there’s a fine line between “amusing marketing campaign” and “criminal inducement to commit fraud.”

Here’s what one killjoy had to say in the comments section of an article describing the campaign:

“I hear they serve decent burgers in prison. Cuz that’s where you’re headed if you follow this advice and defraud CRA.”

CRA…as in Canada Revenue Agency — that country’s version of the IRS.

Another Captain Obvious wrote: “Ubereats and Good Fortune Burger are not office supply companies. It doesn’t pass the first test of an allowable expense and immediately looks like fraud.”

Remember Sgt. Hulka in the movie Stripes? Then you know what Hulka would say to these humorless hand-wringers…

Jon Purdy, Good Fortune Burger’s Director of Operations, confirmed his company does not truly want customers to commit fraud. “We just wanted an opportunity to put a smile on some people’s faces and have them have a little bit of a giggle,” he said.

Mission accomplished for most of us who got the joke…

…including this guy who commented, “I’ll have the ‘Meeting With Client’ and a side of ‘Consultation,’ and an order of ‘Letter to Opposing Counsel.’ Thanks!’

Or this guy: “They are just having some fun! Great way to get a conversation about a delicious burger started.”

And that’s the real point.

Good Fortune Burger is just having fun. And having fun is good for business.

Newspapers are writing about it. People are talking about it. They made us giggle. They lightened up our day.

They’re connecting with customers and prospects in ways they never have before.

Humor and having fun does that.

Too bad CRA is going to put them out of business and throw ‘em all in jail.

OK…I’ll say it…just in case…I’m just kidding about CRA and jail. Those burgers will still be there when you visit Toronto. I’m going to get one next time I’m there. It’s the least I can do after they made me smile ear-to-ear.