Shark Bites not Severe? This Story Paints a Different Picture…  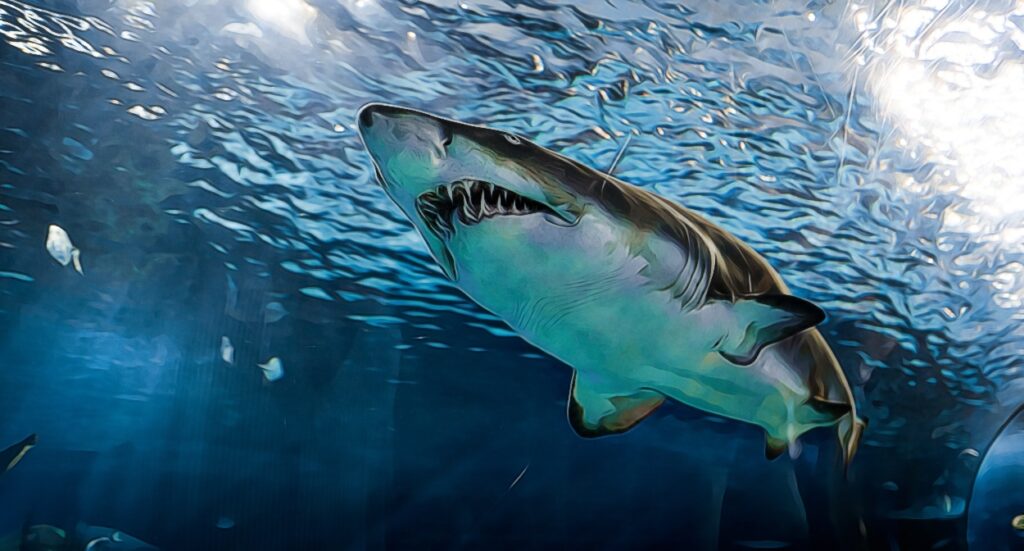 Shark-attack stories are in the news.

And earlier this summer, a swimmer in California nearly died.

He described what happened on the morning news: “I was bitten ferociously by a shark right across my thighs and my abdomen. And then he grabbed me and pulled me up and then dove me down in the water.”

Somehow the swimmer escaped the shark’s…ummm…JAWS…and made it to shore.

The morning news showed him being wheeled out of the hospital on a stretcher AFTER “weeks of medical care.”

(Makes you wonder how he looked when they wheeled him in.)

Which made it so laughable when the reporter said this…

“Officials here say sharks coming closer to shore appears to be our new normal. We could see more and more of those interactions between sharks and people. But officials are also stressing that they believe that…

…the types of injuries that can be caused by the sharks here are not severe, saying that it is okay to be going in those waters.”

Wow! Is this reporter running for Mayor of Amity Island?!?

There’s an old saying in marketing and storytelling:

When that swimmer shares his story, he’s SHOWING us what happened. We can picture it. We’re along for the horrifying ride. We trust him.

When the reporter quotes “officials” who say “it’s safe,” he’s TELLING us how it is.

Even without the swimmer’s story, we’re skeptical when officials or reporters or anyone else tells without showing.

We trust what we can see.

That’s one reason they’re so powerful.