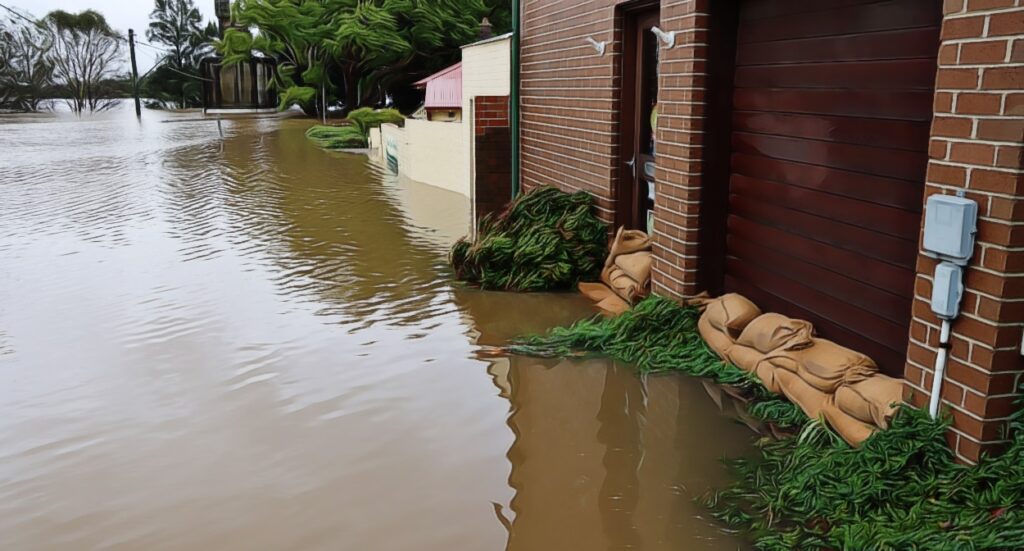 I usually send my emails first thing in the morning.

…building an arky, arky and…

…helping the animals come in by twosies, twosies.

Actually, it’s too late for that.

Nine inches and counting – in less than seven hours.

Last night, the weatherman did NOT say, “There’s gonna be a floody, floody.”

As Maxwell Smart used to say, the weatherman…

I was sleeping soundly when the rain began, after midnight.

“Shriek” understates the noise. There is no word for that sound. Whoever invented that sound is a sadist. No one sleeps through that sound (which, I guess, is the point).

Melissa had already leaped from bed and marched to the basement.

“All dry,” she reported.

But the rain kept falling.

After an hour, the adrenaline rush faded, and I began to drift back to dreamland…

No more sleep since.

I crawled from bed two hours later, sleep-deprived and cranky, to assess the damage.

But a second floor bedroom is wet. The room adjoins a small terrace. And the terrace drain was clogged with leaves.

The terrace was flooded — four inches of water that was seeping under the door from the bedroom.

And to make matters worse…

…I could have prevented this.

I’d noticed those leaves on that terrace a few weeks ago, and I thought, “I should sweep those up.”

But I didn’t sweep up that small mess of leaves. So now I’m cleaning up a bigger mess.

Minor stuff compared to what some people are going through today.

But annoying, nonetheless – especially because I could have avoided this.

My basement is dry because we took preventative measures. We installed backflow valves on our sewer line and drains last year.

If not for those valves, we’d probably have a foot of floodwater in our basement.

Proactive = building an ark and surviving the flood.

Reactive = wading bare-footed through 4 inches of flood water, with biblical rainfall drenching me and chilling my bones, unclogging a drain that never should have clogged in the first place.

There’s a business lesson in this.

But I don’t have time to unpack it.

I’ve got a carpet to dry and a dove to watch for.

You can unpack the lesson without me. I think you get the point.