How Huck Finn Can Help You Grow Your Business

February 18, 2021|Tom Ruwitch|Good Examples, Journey to the Past 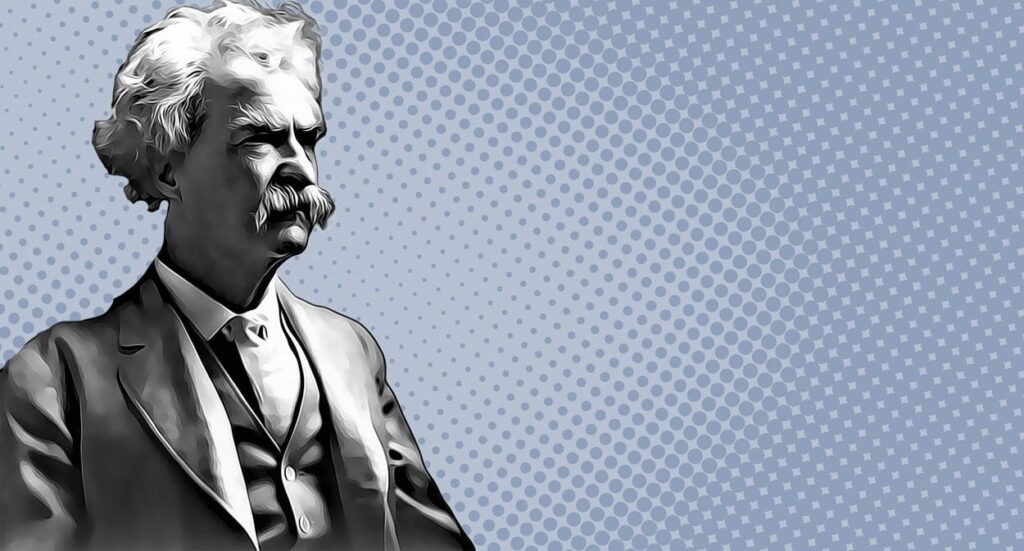 I was thinking this morning about Huck Finn and his friend Jim, the runaway slave.

Mark Twain published The Adventures of Huckleberry Finn on this day in 1885.

I first read it ialmost 100 years later when I was a junior in high school.

And for two years after college, I was an English teacher who taught the novel to another bunch of high school juniors.

The scene I remember best is in Chapter 23. That’s when Huck comes across Jim who is moaning and crying.

“[Jim] was thinking about his wife and his children, away up yonder, and he was low and homesick; because he hadn’t ever been away from home before in his life; and I do believe he cared just as much for his people as white folks does for their’n. It don’t seem natural, but I reckon it’s so.”

This novel is set in the 1840s. Before the Civil War. When black people were property. And white people considered them sub-human.

And that’s what makes the scene so powerful.

Huck overcomes what’s “natural.” He grows beyond the social norms. Huck sees Jim’s humanity and considers Jim a friend. Huck and Jim build a bond that saves them both.

And how did it happen?

Here’s the cool thing about empathy.

It’s not a trait that we’re born with. It’s a skill and a habit we can learn and nurture.

That’s true for you as you run your business in the 21st century.

I’m not saying you lack any empathy. I’m just saying we all could use a little more. I know I could.

And the more we have, the better we’ll be…

…and as family members.

Put yourself in the other person’s shoes. Aim for more empathy.

p.s. I can help you craft and deliver powerful stories that attract leads, keep them tuned in, and inspire them to act. If you’d like to discuss how I can help, schedule a 15-minute consultation with me and we can discuss the possibilities.