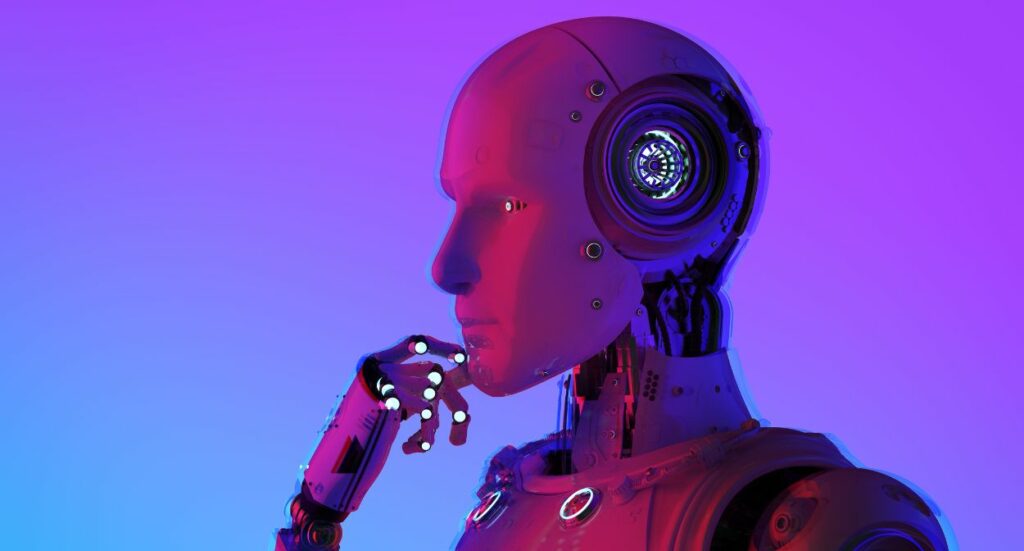 The people have spoken. Bjorn must die.

For those just tuning in, a recap:

Bjorn is my AI copywriting robot. Last month, I locked him in the broom closet after he wrote a terrible joke for one of my emails.

But he escaped, hijacked my sales page for the Story Power Profit Pack, and tried to convince people NOT to buy!

I recaptured Bjorn and threw him in the dumpster. But he escaped again and was running loose…

…until last week when I found him in my kitchen eating a pint of Ben & Jerry’s Chunky Monkey. I grabbed him and pressed his REBOOT button.

I was left with a factory-default version of Bjorn, and I didn’t know what to do. So I asked my dear readers to decide his fate.

The votes are in…

…which is exactly what I plan to do.

But here’s the rub…

The last time I tossed Bjorn in the dumpster, he rose from the dead and wreaked havoc.

Or maybe he wasn’t actually dead. Maybe he was playing possum.

How could I solve this riddle?

I turned to factory-reset Bjorn — who was sitting next to me at the kitchen table, eating a bowl of Cocoa Puffs — and I asked: “Can robots play possum.”

Bjorn spit out the answer instantly:

‘Playing possum’ refers to the behavior of feigning death, which is most commonly associated with animals such as opossums. While robots are not capable of ‘playing possum’ in the same way that animals do, they can be programmed to simulate the behavior. For example, a robot could be programmed to shut down certain functions and appear to be inactive if it detects certain environmental conditions or inputs, such as the presence of a potential threat. This could be used as a form of self-preservation, similar to how playing dead can protect an animal from predators.

But is that what Bjorn did? Is that how he escaped from the dumpster?

I wasn’t convinced. So I asked factory-reset Bjorn, “Can robots rise from the dead?” Here’s what he said:

Robots, as they are currently understood, do not possess the ability to come back to life after they have been powered off or otherwise malfunctioned. Robots are machines that are controlled by computer programs and powered by electricity, so once the power source is removed or the machine experiences a malfunction that prevents it from operating, it cannot ‘revive’ on its own.

But then, out of the corner of my eye, I noticed Bjorn shovel a spoonful of Cocoa Puffs into his mouth and…

Me:
Is something funny, Bjorn?

Me:
Are you telling the truth?

Bjorn:
Would I lie to you?

And then he smiled.

I ran upstairs to my home office and called my pal Dean Isaacs. He picked up on the first ring.

Me:
Can I talk to your robot.

Me:
I’m researching how to get rid of Bjorn —  the right way.

I heard Dean take a deep breath. Then, he summoned his AI copywriting robot, Rosie.

Rosie:
Good day. How may I be of assistance?

What are the 10 best ways to kill a robot and ensure it doesn’t rise from the dead?

It’s important to note that the idea of ‘killing’ a robot or permanently destroying a robot is not something that should be taken lightly. Robots are complex machines that can have a lot of value, both financially and in terms of their capabilities, and destroying them should only be done as a last resort and with proper consideration of the consequences.

That being said, here are some methods that can be used to effectively destroy a robot:

As with the previous answer, it’s important to remember that these methods are not foolproof and that destroying a robot can be a dangerous and destructive process that should only be done as a last resort and in compliance with relevant laws and regulations.

Sounds like I have to go get me a blowtorch…

…and a drum of hydrofluoric acid…

…and, for good measure, an electromagnetic pulse device.

And then Rosie smiled.

Dean got back on the phone.

Me:
Thanks for letting me borrow Rosie for my research.

Me:
I was thinking. These robots aren’t all bad. They come in handy from time to time.

Me:
After I off Bjorn, I may have to get another robot.

Dean:
To write more jokes for your emails?

Me:
No. But I have other ideas.

Dean:
Hey! I have an idea. We’re hosting one of those 5in25 trainings on January 19. Why don’t we talk about robots — 5 ways we’re using them to help us in our businesses.

Me:
Great idea. I’ll mention this to my email subscribers.

And now you know…

One last thing. BE CAREFUL!

If you voted to toss Bjorn in the dumpster, you may want to take certain precautions.

Your vote is confidential. And I intend to get rid of Bjorn the right way.

But he’s a wiley robot, and I wouldn’t put it past him to rise from the dead, figure out who voted to kill him, and then…

…who knows what. So watch the video below. This may come in handy…