My Ancestor’s Incredible Journey and How it Instructs Yours…

June 30, 2022|Tom Ruwitch|Good Examples, Journey to the Past 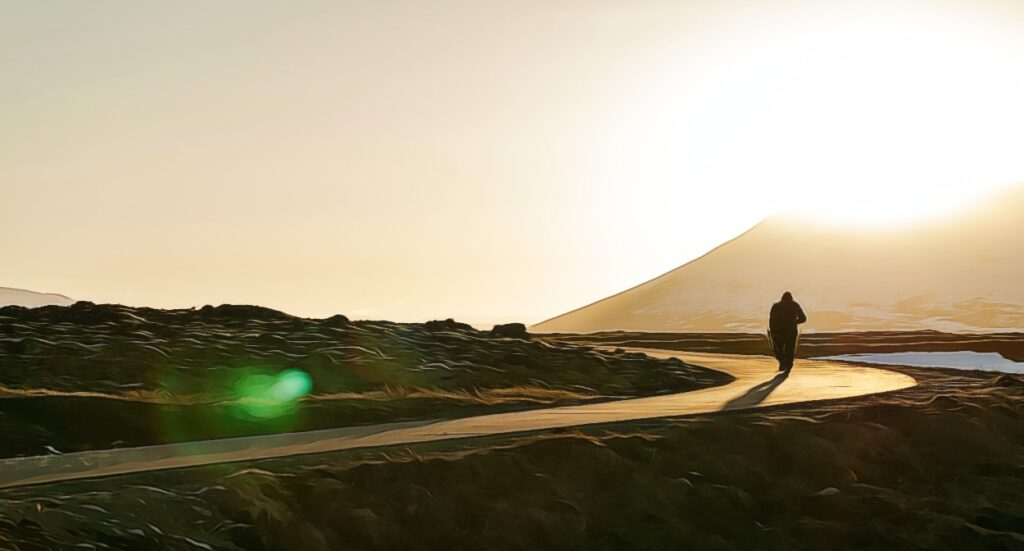 My great-great grandfather Joseph Ruwitch was born in 1852 in a place known today as Ukraine.

Back then it was part of Russia – an area called the Pale of Settlement.

It was a massive place created by Tzar Catherine the Great. It was a place the government set aside for Jews…

…a place to keep them separate…

…a place to keep them powerless.

During the 19th century, authorities forced Jews to move from the heart of Russia — St. Petersburg, Moscow and so forth — to The Pale.

Some were rounded up and sent there in chains…

…uprooted from happy lives in large towns and cities…

…exiled to the hinterlands to live in poverty.

If you’ve seen Fiddler on the Roof, you know the place.

And you may know how Russian soldiers — Cossacks — used to raid the Jewish villages.

Joseph wanted to escape this place and the progroms. He wanted to go to America.

His vision: Travel to the Land of Milk and Honey. Make enough money to support his family. Summon them to join him.

He left behind a wife and three children, clinging to that hope.

He scraped together enough money to pay a Christian farmer to smuggle him — hidden in a hay wagon — out of the Pale.

He made his way to Germany where he boarded a ship in Hamburg and steamed across the Atlantic.

When he arrived in New York Harbor, he saw the Statue of Liberty under construction.

He landed at Ellis Island, not knowing a word of English, nearly penniless.

But he had relatives and friends from the Old Country who lived in Wisconsin.

So he traveled by train from New York to Milwaukee with no idea what lay ahead.

When he arrived in Wisconsin, he met a man who offered him work as a door-to-door salesman.

The man gave him a backpack full of household goods — flatware, needles and thread, fabric, pots and pans.

The instructions:
“Walk north and sell.”

And that’s what Joseph did.

He trudged northward on dirt roads and trails, finding his way from town to town, farmhouse to farmhouse, selling door-to-door without a car or even a horse to carry him.

Along the way he would meet up with suppliers. He would exchange a portion of his earnings for new goods to refill his pack.

Then he would continue to head north and sell.

He had little idea where he was going. But with his wife and kids in mind…

…he had a vision
of where he wanted to be.

Two or three years later, he made it all the way across Wisconsin to a town called Norway in Michigan’s Upper Peninsula.

Norway was a vibrant community, rich in iron and timber – lots of miners and lumberjacks to buy Joseph’s goods.

So he stopped walking and he set up shop there.

His little home goods shop grew quickly, and by 1889 he had enough money to send for his family.

His wife Minna, and his children Julius, Bessie, and my great grandfather Simon joined him in Norway.

And the shop continued to grow.

By the late 19th century, it was a full-fledged department store.

When Joseph Ruwitch first  formed his vision to escape the Pale and live in America, he could not have imagined  this odyssey.

He could not have imagined where he would land.

He adjusted to what life dealt him. He literally traveled to-and-fro on foot until he landed in a place he couldn’t have envisioned.

He couldn’t foresee this place. But he always had a vision to achieve safety, comfort, and peace for his family.

And he achieved that vision.

So… why have I shared this story of Joseph Ruwitch and his odyssey?

Because it reflects the odyssey that all of us are on…

…in business and life.

Our journey is an odyssey.
It’s not a straight line
from vision conceived
to vision achieved.

It’s a journey with shifting vision, controlling what we can control, a zig-zag path to new vision achieved.

So…here’s what happens when business people discover their journey is a zig-zag odyssey, not a straight line to vision achieved…

Some people freeze. Some retreat. Some wallow in misery.

Some think it’s not in the cards.

Some make excuses about why they can’t market, or sell, or succeed.

Some think “this isn’t turning out how I expected” so they turn around and go home.

Others choose to control what they can control, to adjust. to zig and zag, to keep heading north even though their vision may still be hazy or it may be shifting.

My advice to you: Head north and sell.

If you’d like some help doing that, see the p.s. below…