How Apple Captivates Prospects and How You Can, Too 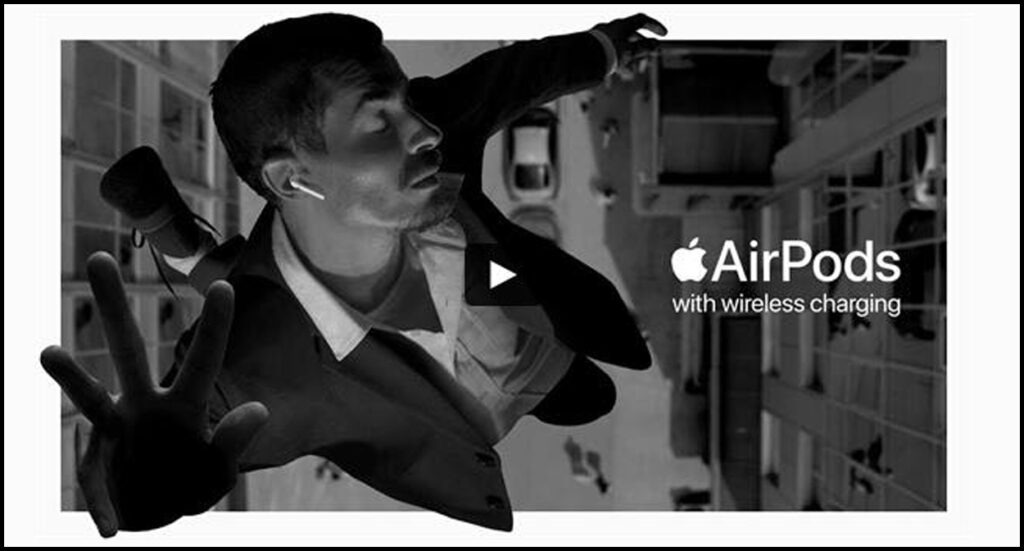 In the most recent Monday Mash-Up, I shared with you this ad from Apple which I love:

Great visual storytelling. Great special effects.  But as great as the “Jump” ad is, it’s not the greatest I’ve seen from Apple. This one, named “Bounce,” is even better:

When Apple released this ad in 2019, I showed the ad to a client and asked, “What does Apple sell?”

I shared that story in an email:

My client watched the video, and then I repeated the question: “What does Apple sell?”

I gave her a hint: Apple doesn’t sell AirPods.

Apple sells the outcome, the benefit that people experience from buying AirPods.

She smiled and said, “Apple sells  spring in your step.”

Her eyes lit up and she said, “Apple sells a cure for the doldrums,”

Watch the video. You see it, don’t you?

Not a single word spoken about the product. Just a story, about a young man dragging himself off his bed, dreading the day ahead, literally forcing a smile on his frowning face, trudging out the door with shoulders slumped, until…

…That music begins to play through those Airpods and…

Spring in his step.

You don’t sell products or services, either. Like Apple, you sell transformations.