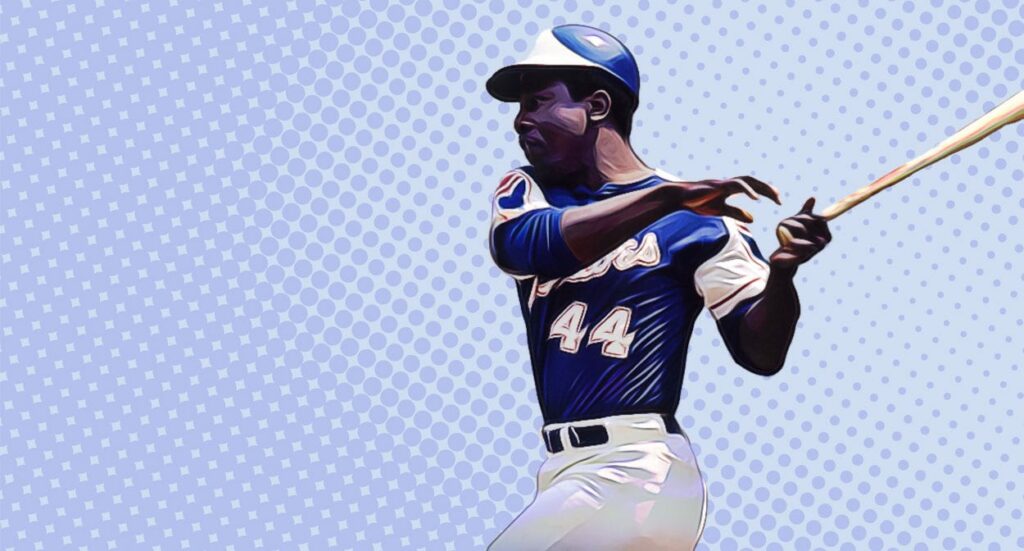 I watched him hit number 715 on TV with my brother and my dad. We celebrated the feat.

I didn’t have a clue what he’d gone through.

Even some of his teammates now say they didn’t know…

…He received tons (literally) of hate mail — much of which contained death threats.

Bigots couldn’t stand the idea of a black man outdoing the great Babe Ruth and shattering a record many thought would stand forever.

When on the road, Aaron stayed at an undisclosed hotel, separate from his team, so those who threatened him couldn’t find him.

He entered and exited ballparks with armed guards.

His family received threats, too, including his daughter. The FBI deployed agents to Fisk University in Nashville to stand watch outside her dorm.

On a few occasions, the team told Aaron he could take the day off (that usually occurred when he received threats that were especially detailed and seemed most credible).

But Aaron didn’t sit. He kept playing. And on April 8, 1974, at Fulton County Stadium (Atlanta), in the bottom of the fourth inning, with a man on first and nobody out, on a 1-0 count…

…Dodgers lefty Al Downing left a fastball up over the plate…

…and Aaron hammered it into the left-center bleachers for the record-breaking dinger.

“A Black man is getting a standing ovation in the Deep South for breaking a record of an all-time baseball idol. And it is a great moment for all of us, and particularly for Henry Aaron, who was met at home plate, not only by every member of the Braves, but by his father and mother.”

It WAS a marvelous moment. And I’ll never forget it.

As I grew older, it broke my heart to learn what Henry Aaron went through…

…to learn how hateful and rotten people can be…

…to learn how much he and his family suffered.

But as I learned those dark details about Aaron’s life, I also began to see him in a new light.

He wasn’t just a hero for hitting a lot of home runs.

He was a hero for…

We all need inspiration from time to time.

Henry Aaron was a baseball player for the ages.

But those stories about his courage, grit, leadership, and grace…

…those live on forever.

Those inspire me today.

His words inspire me today, and I hope they inspire you:

My motto was always to keep swinging. Whether I was in a slump or feeling badly or having trouble off the field, the only thing to do was keep swinging.

Amen, Henry Aaron. May you rest in peace. You earned it.

Good Examples | Journey to the Past | Mindset - Inner Game