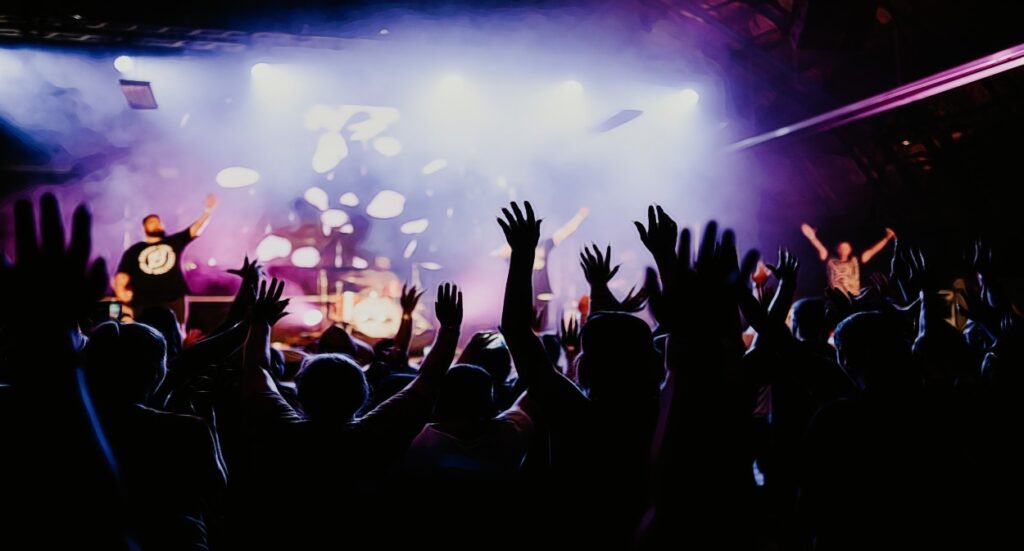 Back in the early 1970s, I was still a wee lad playing kick ball on the blacktop at Conway School…

…when I heard the rumor.

Cathy Summers eats her own boogers.

I don’t remember who started the rumor, and I have no idea if it was true.

But I know the booger-rumor stuck.

And I remember being very upset about it.

You see, Cathy was my next-door-neighbor.

And I worried others at school might think less of ME for living next to a booger-eater.

So it goes with a second-grade brain.

I hadn’t thought once about Cathy and her boogers in decades – until last night.

Melissa, daughter Maddie, and I were at the music show at the Hollywood Casino Amphitheatre – The Chicks with special guest Patty Griffin.

Patty was on stage, but I couldn’t hear her because some loudmouth sitting directly behind me would not shut up.

I tried to tune him out, but it was no use. And then he said this:

For good measure, in case everyone in the section hadn’t caught his drift, he bellowed, “She’s sooooooo stupid. She eats her own boogers.”

I turned and looked over my left shoulder to catch a glimpse of the guy. Maybe he was a long-lost chum from Conway School.

But no. He was just another run-of-the-mill blowhard.The type who goes to concerts to talk (loudly!), not to listen.

I thought about confronting him.

But he was drunk. He was burly. And he seemed kind of reckless.

And I hate confrontation – especially with people who might punch me in the face.

So I decided, instead, to sit back, cock my ear toward the loudmouth, and eavesdrop.

“There’s an email in this,” I thought.

I decided I would call the guy “Booger Eater.”

He made his point with a riddle:

“What do they call someone who gets C’s in med school?”

Then Booger-Eater cackled. He was cracking himself up.

Speaking of doctors, Booger-Eater was in Kansas City a few years back when his stomach began to ache. “It hurt so bad!”

After he “lost his lunch,” he called his doctor back in St. Louis who told him to get a check up ASAP.

That’s when Booger-Eater had his first-ever prostate exam.

We heard about that exam…

…in all its sphincter-clenching glory.

That’s when Melissa turned her left ear toward the stage and put her finger in her right ear.

I continued to eavesdrop.

I learned that he loves 4 Hands Brewery – especially the Oatmeal Brown ale.

And he loves his bifocal contacts.

So it goes at the rock-and-roll show. So it goes in business.

They tell stories for stories’ sake.

They crack themselves up.

They’re all tell, and no listen.

Don’t be a booger-eating blowhard.

Storytelling for business is not all about you

So-called storytelling gurus encourage you to come with your legendary origin story.

I see it all the time.

Business people droning on and on about their rise to the top. About their heroic journey. About all the hurdles they cleared. About their favorite beer. About how they got through their prostate exam.

You may have written such stories. And guess what…

No one cares about your stories, unless those stories reflect back on them.

No one cares about you
until and unless
you show that
you care about them.

Remember that the next time you go to a concert or sit down to write some story-powered content.