November 14, 2018|Tom Ruwitch|Bad Examples, Journey to the Past, Productivity 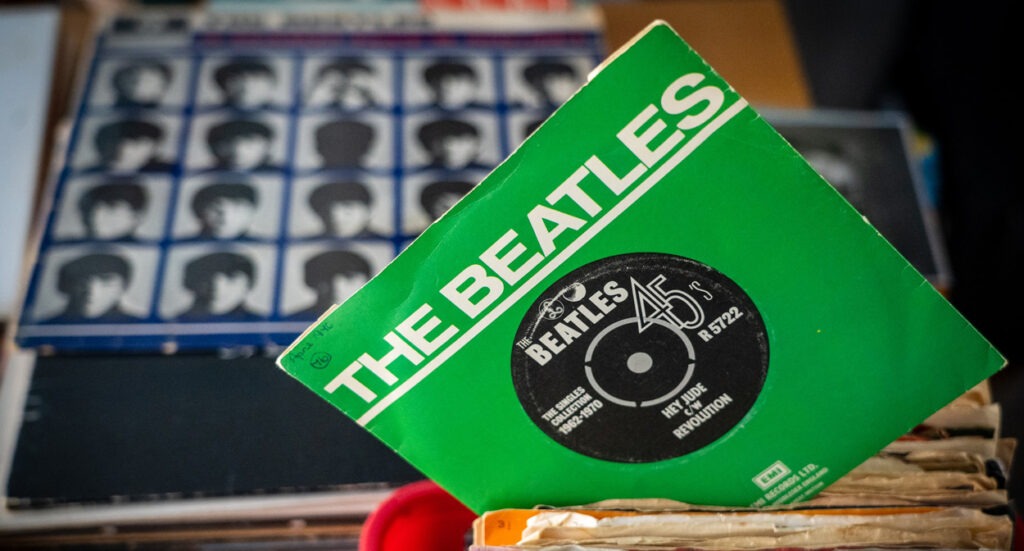 In July 1968, a young sound engineer named Geoff Emerick grew annoyed with his employers and quit his job.

Geoff’s employers muddled through without him.

And fifty years ago this month, they released a double-album…

…with a plain white cover…

So, yeah this really happened…

…with the most famous band in the galaxy…

…and he walks out.

You know the song “Sexy Sadie?” (If you have a vinyl edition, you’ll find the track on side three, right before the infamous “Helter Skelter.”)

It’s an OK song. Nothing special. It wasn’t on the charts. It’s not on any greatest hits album.

Guess how long it took the Beatles to deliver that three-minute song?

That’s a lot of takes. (Enough takes to drive a sound-engineer bonkers.)

The song was a No. 1 single the United States, United Kingdom, Ireland, West Germany, Australia, New Zealand and Norway.

So why did The Beatles exhaust 107 takes to produce Sexy Sadie?

They were through touring. They had more money than Richie Rich. They had time to burn.

They were THE Beatles, for goodness’ sake. So big they could release an album with nothing (except their name) on the cover.

Here’s the lesson for you:

You’re not THOSE Beatles.

You’re not THAT rich.

You have work to do…

…Just like those lads in April 1966 who were still busy touring and who didn’t have time for 107 takes.

Knock out that email or blog or social media post or podcast. Get ‘er done in one take, maybe two.

That will be good enough.

You and your business can’t afford it. And you don’t want to drive everyone around you bonkers!

Bad Examples | Journey to the Past | Productivity