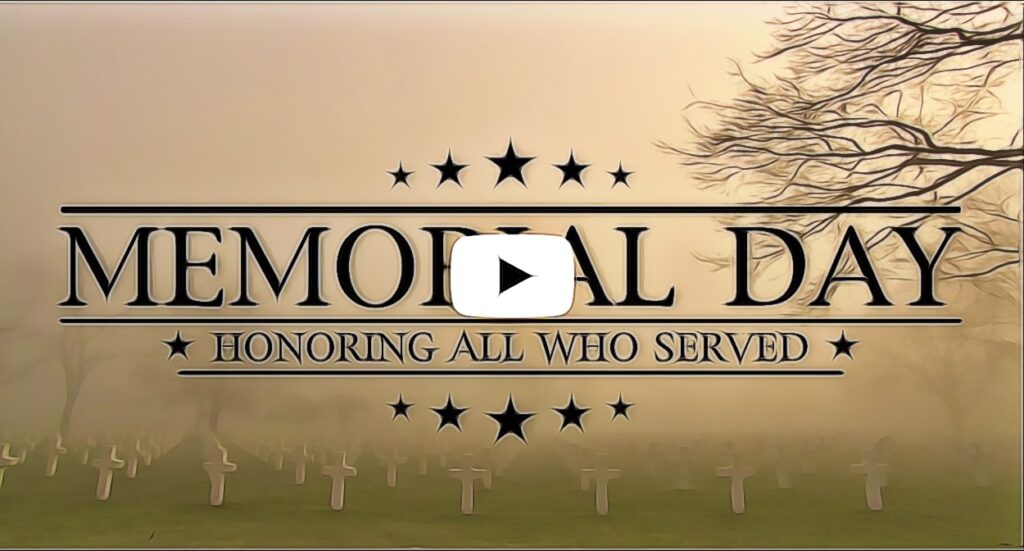 Memorial Day Viewing
Honoring Soldiers on Both Sides of the Battlefield

I love these films for many reasons — starting with the fact that they remind us that soldiers fall on both sides of the battlefield. Our “enemies” also are sons and daughters, fathers and mothers, husbands and wives.

Today, as we honor “our” fallen soldiers, we also can honor “theirs.”

Not a word is spoken during this 5:46 video. But plenty is said…

Maya Lin was an undergraduate at Yale University when she submitted her design for the soon-to-be-built Vietnam memorial in Washington, D.C. Her’s was one of more than 1,400 submissions, and the design earned just a “B” in her architecture course at Yale.

But her design was chosen. Here’s the story of how the monument came to be.

Abraham Lincoln delivered the Gettysburg Address four and a half months after the Union army defeated the Confederacy on the battlefield in southeastern Pennsylvania. Just 271 words, the speech is a masterpiece.

Here’s an article I like from FastCompany that offers 10 lessons on how to deliver a “poised and powerful” presentation.

Wise Words
Why We Remember…

“Sharing tales of those we’ve lost is how we keep from really losing them..”